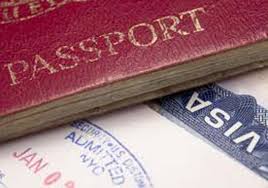 H-1B visa allows American companies to bring in skilled foreign workers. The law says this visa is to be used when skilled Americans cannot do the jobs.

Large companies like Microsoft, Google and Facebook try to get them because the foreign workers are much cheaper than the American ones.

These days, some companies misuse this law. Disney is a good example. Disney is trying to train the new foreign workers and fire the American workers.

someone who enters another country to live there permanently → emigrant :

a new wave of immigrants from the Middle East

formal to give someone something or allow them to have something that they have asked for :

I would love to be able to grant her wish.

to use something for the wrong purpose, or in the wrong way, often with harmful results SYN abuse :

Even harmless drugs can be misused.

The term ‘schizophrenia’ is often misused.

There is concern that the judges might misuse their power.