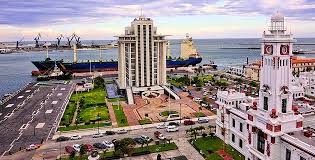 The southeastern Mexican state of Veracruz is one of the most dangerous places in Mexico for reporters.

In the early hours of Thursday, Juan Santos Carrera and five other people have been killed there. Santos was a Journalist. He is the 14th reporter killed in Veracruz since 2010.

Last month, photojournalist Ruben Espinosa was killed in Mexico City after receiving death threats and fleeing Veracruz. Espinosa’s murder unleashed a wave of outrage and highlighted the dangerous conditions for journalists in Mexico.

flee
to leave somewhere very quickly, in order to escape from danger
His attackers turned and fled. Masaari spent six months in prison before fleeing the country .
flee to/from/into
Many German artists fled to America at the beginning of World War II.

unleash
1
to suddenly let a strong force, feeling etc have its full effect
Lefèvre’s comments unleashed a wave of protest.
2
to let a dog run free after it has been held on a leash.

outrage
1
[uncountable]a feeling of great anger and shock
The response to the jury’s verdict was one of outrage.a sense of moral outrage
outrage at/over
environmentalists’ outrage at plans to develop the coastline
public/popular outrage The case generated public outrage.
2
[countable] an event that produces great anger and shock, especially because it is cruel or violent
bomb outrages in London This is an outrage!